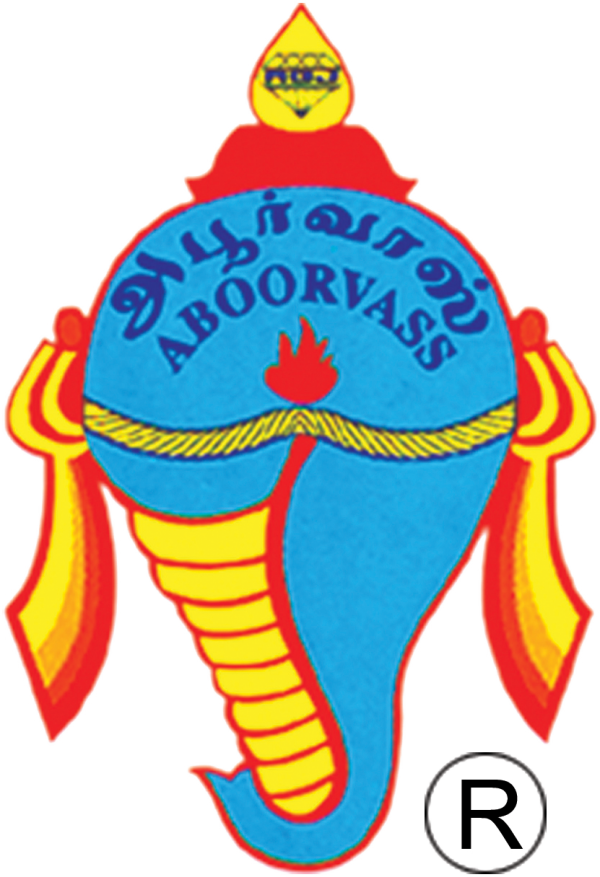 
0 Reviews
Write a Review
This Company has no reviews. Be the first to share your experiences!

3
Questions
Ask a Question
Leo danny foo
11 Nov, 2017
I was born on 25/07/66. May I know which gemstones are suitable for me to wear to bring good luck?
Rgds n Tq
Answer Useful Wrong
Tana
26 Jul, 2015
Can the akilvaluku in the altar be lighted the whole day? And is there any effect for the for the family?
Answer Useful Wrong
shanti
15 May, 2015
What do I do with the accumulated salt, after doing the Mahalakshmi prayers every friday morning?
Answer Useful Wrong

Location map
Show Map
Expand Map
A40 & 38, Jalan Tengku Kelana, 41000, Klang, Selangor, Malaysia Get Directions
Description
Aboorvass was started in 1989. It was established in the heart of the Royal town of Klang (Jalan tengku kelana, klang, malaysia). The mission of the company initially was to educate the public, especially the Malaysians on the knowledge of gem stones as well as astrology.
The existence of the gem stones have been backdated to the vedic text which is approximately 4500 years old. Each and every part of the vedas and the legacy of our Puranas such as the Mahabaratha and Ramayana provide a detailed explanation about the gemstones.
Thus the founder of the company Dr. G. Paramasivam had the ideology to explore more about gemstones, with the help of astrology. He has shared his knowledge with millions of people globally. He had appeared live on radios for several thousands of hours in total. He was the only speaker who had obtained two hours of live shows, where he shared his knowledge of religion, gem stone and astrology.
He further contributed much of his time in analyzing the horoscopes to further describe the effect of gemstones on human beingsdomestically. In 1990 he acquired the knowledge of essential oil. Aboorvass created the technology of making agarbathi's and dhoobs without any chemicals. Again, Aboorvass with great achievement delivered the divine pooja oil called theepajyam in the year 1997. The prayer line products of Aboorvass were very well appreciated by the community.
Aboorvass has played its part of contribution to the spiritual awakening of the country. The founder, Dr. G. Paramasivam has travelled to many parts of Malaysia, giving spiritual speeches in temples.
The year 1999 - 2000 was the crowning year of Aboorvass Group of Companies. Aboorvass performed the biggest yagna, Sri Santhi Sowbakyavathi homam followed by Sri Sooktha Homam. This grand occasion was witnessed by more than 400000 devotees. Aboorvass, further expanded the knowledge of agni hotra. A simple process which cleanses the mind, soul and environment of human beings.
To date, Aboorvass offers the following services :
Astrology, Gemstones, Pyramidology, Vasthu, Publications, Crystal, Gold, Cd - Cassette. To mark the achievements, Aboorvass has published a powerful religious magazine called THUNGEESAM, which carries a lot of scientific explanation about hinduism. Adding to that, Sri thunggesam was published in english for english readers. Aboorvass has published various titles of cd's and cassettes to enlighten the Hindu's on spiritual knowledge.
Aboorvass is the only company with publication, astrology, business naming, baby naming, yagnas, yantras, pyramid and etc. To improve even further, Dr. G. Paramasivam has further done research into the field of crystolography.
Thus, now you can see a crystal department in the premises of Aboorvass,with a wide range of crystal selections. You name it we have it. Aboorvass now has appointed authentic professionals to explain the works of yantras, mahamerus, sri chakras and the praying method for the ordinary as well as spiritual masters.
Currently Aboorvass is in the further researching process of revealing the various hidden truths in the Hindu religion. Research books are still being in line. In time to come Aboorvass group of companies will be having a nationwide capture about the products. As of now, Aboorvass agarbathis, pooja oil, books range throughout 4000 shops in Malaysia.
We will continue to upgrade our services as a gesture of our commitment.
Working hours
Listed in categories
Shopping
Shopping / Jewellery

Jewellery in Klang
BACK TO TOP